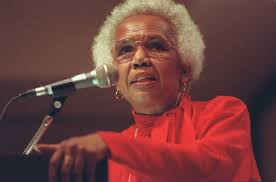 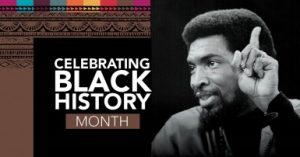 -Black History Month is a time to celebrate and highlight the best of Black history and culture and to honour the historic leaders of Black communities, including Rosemary Brown, who was first the black woman in Canadian history to be a member of a Canadian parliamentary body. As an MLA, she eliminated sexism in the province’s educational material and introduced bills to eliminate discrimination based on sex and marital status.

“To be black and female in a society which is both racist and sexist is to be in the unique position of having nowhere to go but up.”

-In the 1980s, Burnley “Rocky” Jones served as a community consultant on a government-led inquiry into the wrongful conviction of Donald Marshall Jr., a Mi’kmaq man who spent more than a decade in prison for a murder he didn’t commit. The case convinced Jones that one of the best ways to create a fairer criminal justice system was by increasing representation from Black and Indigenous communities in the legal profession. And, in 1989, he helped create the Indigenous Blacks and Mi’kmaq Initiative at the Dalhousie Law School — a program that has not only graduated more than 150 students since its inception, but has become  a model across North America for access to legal education and the legal profession.

“If you want to help me, don’t come into my community to do things for me or give me advice. Go to the person who’s got his foot on my neck, talk to him, fight with him, because that’s where you’ve got to be.”

There are no upcoming events.